District 21 of the Chicago Police Department is made up of two distinctly different groups. There are the uniformed cops who patrol the beat and go head-to-head with the city’s street crimes. And there’s the Intelligence Unit, the team that combats the city’s major offenses – organized crime, drug trafficking, high profile murders and beyond. 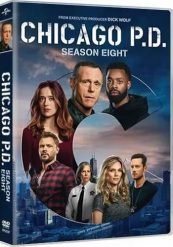