The son of Earth’s most powerful superhero is about to become something greater than himself: something bold, something universal, something – Invincible. From the comics to the screen, Invincible follows Mark Grayson’s journey of becoming Earth’s next great defender after his father, Nolan Grayson: also known as Omni-Man. 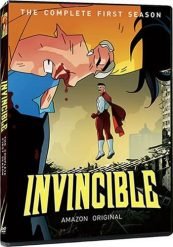