Shortly after the Destruction of Romulus,Starfleet reneged on a prior commitment to help the evacuation of Romulus. Culminating With a battalion of “Rogue” Starfleet Synthetics attacking The Mars Colonies (Short Trek: children of mars) This set forth a series of unprecedented events which leads to a Galactic Conspiracy. After ten years into his retirement, Jean Luc Picard has a stranger ask for his help. Which unearths unnerving questions that no one will answer. So now it is up to Picard to rise up and face those challenges head on. 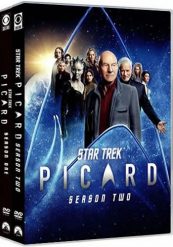