The Addams Family is not your typical family: it takes delight in most of the things of which normal people would be terrified. Gomez Addams is an extremely wealthy man and is able to indulge his wife Morticia’s every desire, whether it’s cultivation of poisonous plants or a candlelit dinner in a graveyard. People visiting the Addams Family just don’t seem to appreciate the 7-foot-tall butler named Lurch or the helping hand (which is just a disembodied hand named Thing). 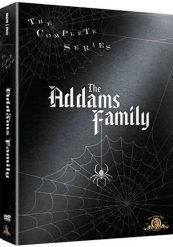