Three BBC miniseries adapted from Mary Gaskells classic novels. Cranford, a market town in the North West of England, is a place governed by etiquette, custom and above all, an intricate network of ladies. It seems that life has always been conducted according to their social rules, but Cranford is on the cusp of change¡­ North & South follows Margaret Hale, the daughter of a middle-class parson who uproots the family from rural southern England to start a new life in Milton – a northern mill town in the throes of the industrial revolution. Wives and Daughters is set in a richly portrayed society well-stocked with eccentric nobles and gossipy villagers. The well-ordered world of 17-year-old Molly Gibson becomes complicated when her father, a respected country doctor, remarries after many years of widowhood. 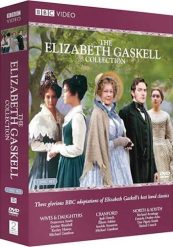